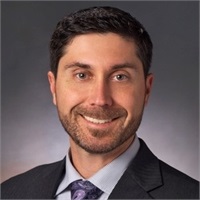 Jason has over 15 years of experience as a financial planner. He believes systems, planning, and an open mind are the building blocks to achieving goals.

Jason began his career working as an intern for Froshman Financial in 2004. He was hired full-time after graduating in 2005. In 2010, the owner decided to retire and sold Froshman Financial to John Burroughs, owner of Burroughs Financial Services in Santa Cruz. Jason continued working with John until he retired in 2017 with 50 years in financial services. At that time, Jason bought the business from him.

In 2018, he successfully merged with his longtime friend and business partner, Sabin Alibrandi. Their firm became Burroughs-Braley-Alibrandi Wealth Management.